Albert will present the historical lecture on Sunday evening, during the opening reception.

Albert E. Ruehli received his Ph.D. degree in Electrical Engineering in 1972 from the University of Vermont, Burlington, and an honorary doctorate in 2007 from the Lulea University in Sweden. He has been a member of various projects with IBM including mathematical analysis, semiconductor circuits and devices modeling, and as manager of a VLSI design and CAD group. Since 1972, he has been at IBM’s T.J. Watson Research Center in Yorktown Heights, New York, where he was a Research Staff Member in the Electromagnetic Analysis Group. He is now an Emeritus of IBM Research and an adjunct professor in the EMC area at the Missouri University of Science & Technology. He is the editor of two books, Circuit Analysis, Simulation and Design (New York, North Holland 1986, 1987) and he is an author or coauthor of over 180 technical papers. Dr. Ruehli has served in numerous capacities for the IEEE. In 1984 and 1985, he was the Technical and General Chairman, respectively, of the ICCD International Conference. He has been a member of the IEEE ADCOM for the Circuit and System Society and an associate editor for the Trans. on Computer-Aided Design. He has given talks at universities including keynote addresses and tutorials at conferences, and has organized many sessions. He received IBM Research Division or IBM Outstanding Contribution Awards in 1975, 1978, 1982, 1995 and 2000. In 1982, he received the Guillemin-Cauer Prize Award for his work on waveform relaxation, and in 1999, he received a Golden Jubilee Medal, both from the IEEE CAS Society. In 2001, he received a Certificate of Achievment from the IEEE EMC Society for inductance concepts and the Partial Element Equivalent Circuit (PEEC) method. He received the 2005 Richard R. Stoddart Award, and in 2007 he received the Honorary Life Member Award from the IEEE Electromagnetic Compatibility Society for outstanding technical performance. He is a life fellow of the IEEE and a member of SIAM.

Clayton R. Paul recently commented on a seminal paper of Albert Ruehli in the IBM Journal of R&D in 1972 entitled “Inductance Calculations in a Complex Integrated Circuit Environment”: “I strongly recommend that this paper be read and studied. I am certain that doing so will have the same impact on how you view how to quantify problems that you didn’t understand as it had on me and will change your success in solving problems that are starting to plague today’s high-speed digital systems.”

In the first part of the talk a numerical approach for time domain modeling and simulation of winding systems under lighting impulse (LI) excitation will be presented. Winding systems of power transformers and electrical machines are complex structures consisting of several thousands of winding turns and insulation layers. A 3-D field simulation for numerically solving the Maxwell equations in time domain within a winding system with thousands of turns is not possible within a reasonable CPU time. The only presently available possibility for performing such simulations is a numerical approach based on a detailed equivalent circuit of the considered winding system. This talk will reveal the details of this circuit approach in time domain including the parameters computation based on an FEM simulator, the equivalent circuit topology and its state variables, modeling of frequency dependent resistances and inductances in time domain simulations, the obtained numerical results and their experimental verification.

In the second part of the talk a numerical method for modeling and simulation of very fast electromagnetic transients (VFT) in Gas Insulated Switchgears (GIS) will be presented. Contrary to winding systems, GIS consists of components with complicated geometrical details without their periodical repetition in space, making GIS not suitable for the circuit approach especially if the electric field should be computed with a very high spatial resolution. Consequently, the suggested method is based on a 3-D time domain vector FEM solver of the electromagnetic wave equation written over the electric field. This part of the presentation will contain an explanation of the VFT ignition, details of GIS modeling, suitable absorbing boundary conditions, numerical results and their verification, and solutions for mitigation of the VFT problems.

This talk reports on a numerical framework for modeling parameterized antenna problems. The considered structures consist of inhomogeneous waveguides serving as feeds and domains of potentially complex geometry, which may contain components such as filters or power distribution networks as well as the actual antenna, which radiates into free space. The goals are to compute transfer functions and radiation characteristics over broad frequency bands, to derive compact frequency- and time-domain models of provable system properties, and to optimize system responses with respect to potentially large numbers of design variables, most often geometry parameters. The suggested approach is based on the finite-element (FE) method and employs order-reduction methods for parameterized eigenvalue problems (for waveguide modes), for parametric linear time-invariant systems (for the nearfield domain), and for output functionals featuring non-affine parameterization (for the nearfield-to-farfield transformation). Moreover, a special representation of FE basis functions is proposed that simplifies handling curvilinear boundaries and geometric parameters. The validity and practical usefulness of the proposed method will be demonstrated by numerical examples.

I will discuss an inverse problem for the wave equation, where an array of sensors probes an unknown, heterogeneous medium with pulses and measures the scattered waves. The goal in inversion is to determine from these measurements scattering structures in the medium, modeled mathematically by a reflectivity function. Most imaging methods assume a linear mapping between the unknown reflectivity and the array data. The linearization, known as the Born (single scattering) approximation is not accurate in strongly scattering media, so the reconstruction of the reflectivity may be poor. We show that it is possible to remove the multiple scattering (nonlinear) effects from the data using a reduced order model (ROM). The ROM is defined by an orthogonal projection of the wave propagator operator on the subspace spanned by the time snapshots of the solution of the wave equation. The snapshots are known only at the sensor locations, which is enough information to construct the ROM. The main result discussed in the talk is a novel, linear-algebraic algorithm that uses the ROM to map the data to its Born approximation. I will discuss how to use this algorithm for solving the inverse scattering problem.

Utilization of full-wave electromagnetic (EM) analysis has become ubiquitous in the design of high-frequency structures, including microwave, antenna and integrated photonic components. While ensuring accurate evaluation of the system performance, EM analysis may be expensive, especially for geometrically complex devices or when environmental components (connectors, housing, installation fixtures, etc.) have to be included into the analysis. This is a serious bottleneck for EM-driven design procedures that require repetitive simulations, such as parametric optimization, statistical analysis, or robust (tolerance-aware) design. One way of alleviating these difficulties is the employment of fast replacement models (surrogates). Unfortunately, conventional modeling techniques exhibit various limitations, primarily due to curse of dimensionality and related issues. In this talk, some of the recent results concerning performance-driven modeling (both forward and inverse) will be presented, with the surrogate models constructed based on a prior knowledge about the system at hand, typically, in the form of the reference designs pre-optimized for various sets of performance specifications. The surrogates constructed using this knowledge are applicable for modeling of highly-nonlinear responses over wide parameter ranges and can be utilized for design optimization and dimensions scaling purposes. Presentation of particular techniques will be illustrated through real-world cases studies concerning both microwave and antenna components. 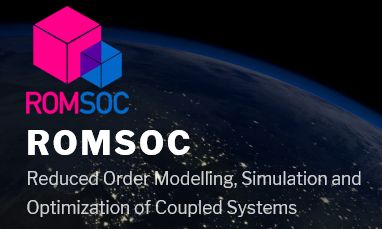 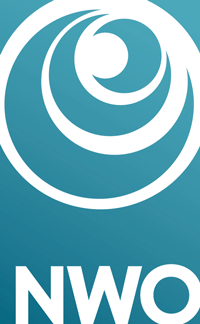 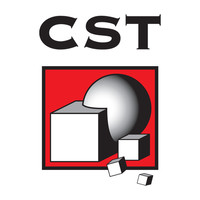